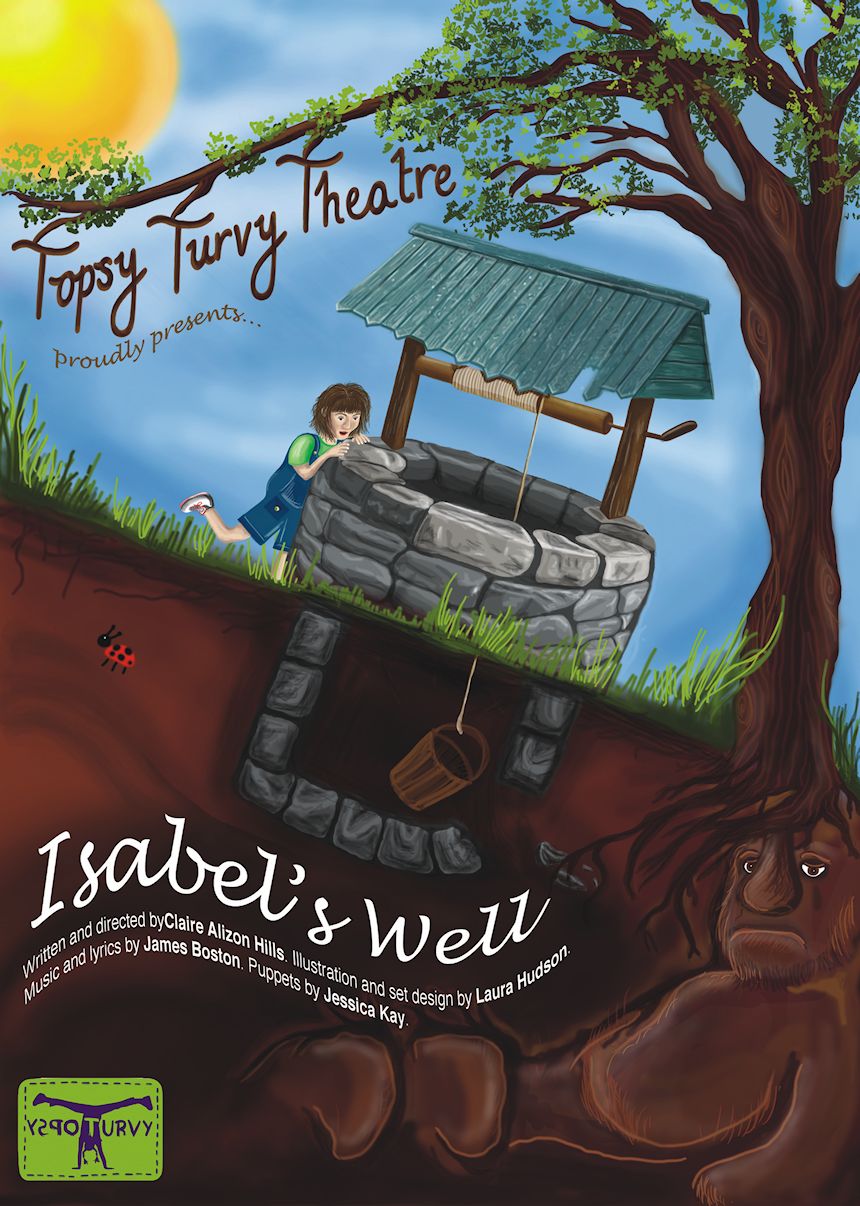 If you are looking for a brilliant family experience, then take your kids to the theatre. It really is something all children should have the opportunity to experience.

Today we took our kids to see a brilliant little play called Isabel’s Well by the ever so talented Topsy Turvey Theatre.

Having run a theatre company prior to having kids, taking our children to watch plays is always something we really look forward to. Watching actors perform live is far more compelling than cinema and the lighting, sound and scenery create a magical world for children to get absorbed into.

Today’s performance was just what we were hoping it would be. Perfect for young children, the play was the story of a young girl who threw a coin in a wishing well and made a wish to journey to bottom of the well itself.

Once down the well, she meets a series of delightful characters, including talking vegetables and a mole, who warn her to be wary of the horrible troll that stalks their underground world. Determined not to be frightened off, Isabel carries on, wanting to meet the troll herself.

It doesn’t take long for the troll to appear, but this troll, however, turns out to be lonely and misunderstood. He never wants to eat people and is only frightening because he is sad that no-one wants to be his friend. Soon, Isabel charms him and opens his mind to the possibility of making friends with the characters who live underground instead of frightening them. The troll takes her advice and his life is changed for the better.

On returning back to the surface to meet her own friends, Isabel finds that she has grown as a person, is less frightened of the world and more sure of her own abilities. Her adventures have made her a better, wiser person.

Isabel’s Well is a touching and magical story. Whilst there are human characters and performers, many of the characters are created using clever puppetry and the acting is interspersed with song.

The set is cleverly created. Things change from one thing to another: doors open in a tree, the well splits in half to create the backdrop for the underground scenes, the flowerbed lifts up to show the talking vegetables underneath. It’s inventive, quirky and creates the perfect setting for this wonderful performance.

The costumes too are amazing, the troll in particular. It’s hair and stomach imaginatively made from tree roots, it has a giant head with sad looking eyes that lead the audience to have an emotional bond with it, and huge feet and hands. The kids love it. It’s scary and nice all at the same time. Frightening, but not too frightening for young children to burst into tears.

Our children, like the others, are fascinated. They sit glued to the action. They don’t fidget like they do in the cinema. Instead, they watch attentively, join in the singing, laugh at the funny bits, enjoy being sprayed with water when the plants are fed, join in with the scenes with audience involvement and curl up for cuddles when the scary bits happen. Afterward, they join the rest of the kids, invited onto the stage to look at the set and the puppets, fascinated how the things are made and what they are made of.

All this for about the same price of going to the movies – but worth much more. In a sense, it’s an adventure into fantasy. A journey into the world of creativity and art. And one that lasts. Arriving home, they decide to pick up a video camera and make their own version using their dolls and stuffed toys as puppets.

If taking your kids to the theatre is not something you’d thought of before, I’d certainly recommend it.

Book Review: The Mixed Up Chameleon by Eric Carle